A Snails sojourn to Jogjakarta

As you may have guessed from my earlier words, of all the cities I have visited in Indonesia, Yogyakarta is the one that resonates most strongly for me. Having friends over from Australia was motivation to take the Snail for a jaunt to this ancient city in central Java. 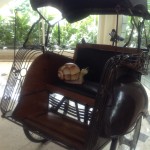 Yogyakarta is a wonderful mix of modern and traditional where many ancient monuments and cultural displays can be seen in a relatively small area. As the city is reasonably flat it is pleasant to visit many inner city sites by becak.  Being a pedicab the becak is a slower means of transport that allows you to really enjoy the scenery and sounds, something we all too often miss in a car with windows wound up and air-conditioning on. As an environmentally friendly means of transport the becak is hard to beat. Should I confess? on a previous trip we did take a becak through an international franchised fast food drive-through.

Yogyakarta was the center of the ancient Mataram Kingdom whose prosperity and high civilization has left us today with two UNESCO world heritage sites. Borobudur Temple is the biggest Buddhist temple in the world, http://www.borobudurpark.com/temple/aboutBorobudur 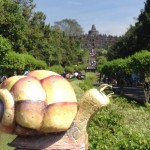 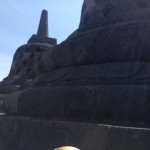 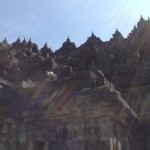 Built in the 9th century and with over 500 temples Prambanan Temple Compound is the largest temple complex on Java. http://www.borobudurpark.com/temple/aboutPrambanan 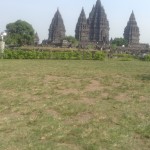 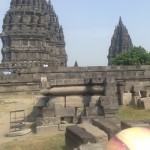 2 comments on “A Snails sojourn to Jogjakarta”