Read more about the people involved in producing ‘The Snail ate the mail’. 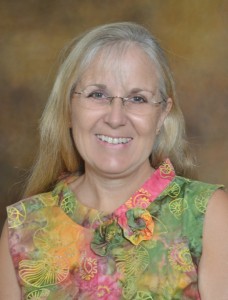 In 1918 my great grandparents purchased a holiday house near what was to become Ross Street, Swansea. Five generations later the family are still living in Ross Street.

While comfortable in their home, family members have always had a penchant for travel. In the days pre electronic communications and before telephones become an item of clothing, travelling family members would keep those at home informed of their exploits with letters and postcards. My great-grandfather on his world tour send a note via a recording from the Empire State Building, which at the time was the highest building in the world. Later I followed my Grandparents world tour with eagerly awaited postcards from exotic locations.

Like many children of my age I had pen-friends from around the world that sent postcards with interesting stamps. More than 40 years later I still correspond with some of these people, though the postcards have been relegated to Christmas and birthday cards.

Before marrying my soldier husband and moving all over the eastern states of Australia, I caught the train to London. This involved flying to Hong Kong, catching the Trans-Mongolian train through China and Mongolia to Siberia, and then boarding the Trans-Siberian train to Calais, a ferry across the channel to Dover and another train to London. At the time China, Russia and the Eastern Block Countries were closed to foreign travellers, phones were rare and mail was extremely slow. Needless to say my parents eagerly awaited my correspondence.

The travels didn’t stop, but the postcards got fewer as travel become more frequent for family and friends. While they may have gotten fewer the universal joy of receiving a letter or postcard has never diminished.

I now live in Kalimantan, Indonesia with my family which includes ‘The Cat’ from Australia and an adopted turtle from our new home. We also have the occasional fish that never seem to want to extend their stay. 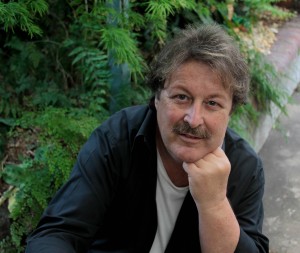 I was born and have lived almost all my life in Newcastle, NSW Australia. I have drawn and painted most of my life and was both surprised and excited when Maxine asked me to look at her ideas for a book she wanted me to illustrate. It was a bit daunting at first but I soon found that our ideas were compatible and so the project began. I liked the idea of postcards from around the world as I have travelled internationally quite a lot and in 2012 realised my passion by travelling to Egypt to see the treasures of the ancients.

I would like to thank my friend Janis for all her support and friendship over many years. 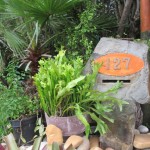 My grandfather had a love of stone, or perhaps it was the permanence that stone conveyed. Each morning before they rode their bikes the 10 kilometres to school my father and his brother had to walk up to the beach and collect a rock each for the garden. Grandfather used some of these rocks to build the letter box and the house name was chiseled in brass on the front. The letterbox did not fit with the changes my husband and I made with the garden and we were pleased that our neighbours were able to offer the letterbox a home in their garden. They painted over the name plaque and added their number.

Then the trouble started. No matter how quickly they collected the mail, it had always been nibbled on or outright eaten by a snail. Check as much as they would, they could never catch the snail and in the end opted to have their mail sent to a mail box at the local post office.

Grandfathers’ mail box still graces the front entry to their garden and as far as we know the snail is still happily living there, but we are not sure what it eats as Trevor the postie doesn’t leave the mail there anymore.

About the webdesigner: Count Me Online 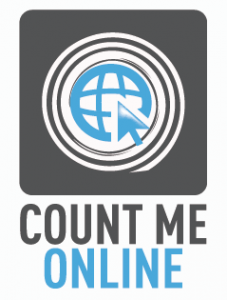 Count Me Online helps small to medium sized businesses achieve online marketing success by developing a brand new website in combination with good internet marketing strategies. Most of our clients come to us because they had expected more online sales via their website or are looking for a brand new SEO optimized website.

Count Me Online offers a rich consultative approach that our customers find very refreshing. We listen to our customers to truly understand their current issues and objectives. Together with our customers we develop an appropriate approach for the next month, next year or in subsequent years to achieve a desired result.

As internet specialists with extensive knowledge of disciplines we know that every business is different, even though they sell the same product or service. That’s why all our services are tailor made. You can see our website here: www.count-me-online.com.

About the graphic designer:Yunita Yonatan

My name is Yunita Yonatan, a freelance graphic designer based in Balikpapan, Indonesia. I specialize in logo design and print design (well, I like to think so). I have been designing for logo and print since 2011 under the name Yunita Design.

As a freelance graphic designer I have been able to work with locals and expats in my hometown and it has been a remarkable experience working with them. Freelancing has given me the opportunity to be working with people that let me be a part of their unique and exciting projects, for that reason, my first and only aim is to help anyone achieve their design needs by delivering my creative solutions and quality graphic design for their business. You can check my work at:yunitadesign.blogspot.com

About the designer: Katie Jenkins 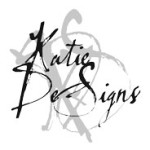 My name is Katie Jenkins, I am a freelance graphic designer, with 7 years experience in the publishing industry. I first started my career in 2005 working for Murray David Publishing. Within this company I worked on many children’s titles by well known authors such as May Gibbs, Micheal Salmon & Dorothy Wall. I helped restore May Gibbs characters such as Snugglepot & Cuddlepie, Little Ragged Blossom and Little Obelia by bringing them to life in full colour as well as doing the same for Dorothy Wall’s Blinky Bill. I also worked on Australian Literature, Australian History, Australian educational and Australiana titles.

I finished working for Murray David in 2011 when I left Australia to spend a year overseas. A few months after I got home I focused on building up KatieDesigns, and I was lucky enough to have the support from Ligare Book Printers who have recommended me to potential clients. Towards the end of 2012 I was given the opportunity of working with amazing clients such as The Steve Waugh Foundation & Benji Marshall. You can contact me on: katie.designs@live.com.

Writing a book and then having it published is a journey in itself. There are many people who have helped in so many different ways. To each of you I give my heartfelt thanks for believing it was possible, without you the journey would not have been the same.

For Lachlan because you were; to Haydn & Maggie because you are; Paul because you shared a dream; and David for making the dream come true.