When did travellers stop speaking to each other? 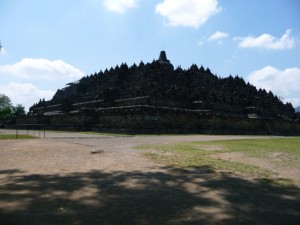 I have just returned from a sojourn with my parents to Yogyakarta.  For those of you unfamiliar with this city it is located roughly in the centre, southern part of the island of Java, Indonesia.  Yogyakarta was the cradle of civilization in Java producing such magnificent temples as Borobudur and Prambanan.  It was also the home to the Mataraham Kingdom and now the Yogyakarta Sultanate.

The city is famous not only for its Universities, philosophers, master painters and craftsmen, but also as a shoppers paradise with items ranging from handmade silver jewellery and batik to exotic animals.  During the Indonesian National Revolution (1945-1949) Jogyakarta was also the Indonesian capital.  Today the people of Jogyakarta speak with respect for their Sultan Hamengkubuwono IX because of the pivotal role he played in gaining Indonesia it’s independence. 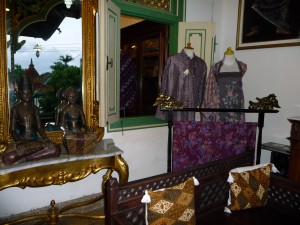 As I sat with my parents around the hotel pool after a busy morning taking in the many and varied sites of this ancient city I was fascinated by the activities of my fellow travellers across the pool. All of these 20 guests to the city were in various recumbent poses and without exception each was using either a mobile phone or electronic computerised devise.  What made this scene so poignant was that not one of them was speaking to the other.  When did travellers stop using face to face communication?

Always when I have travelled fellow travellers have greeted each other & either sort information on what is recommended in the local area, where the other may have been/going or where they were from.  Even if someone was reading a book this may have been used as a prompt for starting a conversation. Yet in the 30 or so minutes I sat there with my family discussing our day & watching the antics of the children in the pool, not one of these people raised their face nor communed with anyone near them.  Perhaps I should be thankful for the silence as it meant our conversation had only muffled street sounds as background. 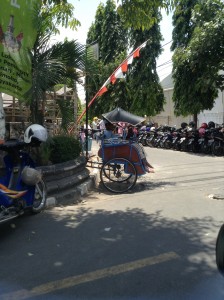