What do you collect on your travels?

When I first started travelling I took copious rolls of film, this was pre-digital media days. Returning home, I would duly have the photos processed, often at a cost equal to that of the holiday. I would then spend hours trying to remember what the photo was of so that I could document this on the back before carefully inserting the photo into an album with any accompanying pamphlets/tickets/booklets. 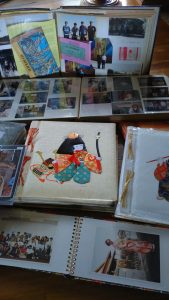 This obsession for memory prompt has left me with a huge collection of photos (in one year in Japan I collected just under 2000) which rarely see the light of day. Mind you when they do there is much reminiscing and often hilarity at my expense.

I have also succumbed to an urge to collect mementoes of places visited. This collection has over time covered many interesting items which are synonymous with the area visited and not readily available in Australia.

However, the one constant has been a love of shoes, which is evidenced by the scattering throughout the house of a range of shoes from many different countries and eras. 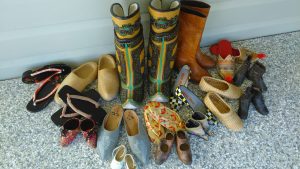 More recently though I have noticed a few different styles of headdress making an appearance. 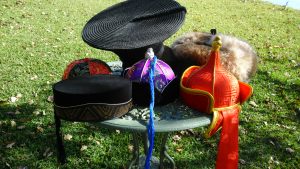 Lately I am finding that I rarely take photos and it’s becoming more difficult to find traditional items. What I do find myself more interested in collecting are new friends and experiences, what I find most enjoyable of all is when this also involves food.